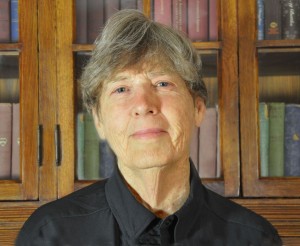 When someone asks me to elaborate on my propensity for writing deeply flawed characters, the question is often delivered with a certain hesitancy while the speaker searches for a kind way of asking why I choose fictional losers over rousing heroes. While I find no fault with straightforward heroes, I hold tight to my passion for writing characters that readers may resist but are nonetheless drawn to – not losers but characters and stories that reveal how astonishing the lives of those teetering on the edge of human disaster and social acceptability can be.

I know these characters and their stories because they are my kin – with all their hard-earned wisdom, social warts, and sometimes devastating consequences driven by ignorant pride. These are the lives I know to write.

I moved with my parents and younger sister to a single-employer mill town shortly after WWII. My dad was first generation off the farm when he took a job at the St. Joe Paper Company in Port St. Joe. He worked there for a total of thirty-five years. I was about four when my parents moved our few possessions into a rented room in a boarding house located on an oyster shell street. Mama separated the room into spaces for sleeping and eating with the use of a draw curtain she’d sewn. My first memory of our new home was Mama placing my little sister and me in the middle of her and Daddy’s big bed, with a stern warning that we were not to move, while she removed poisoned rats and re-bated the traps. 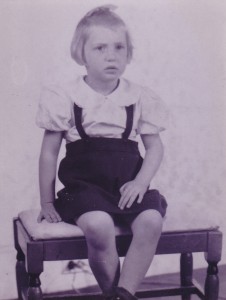 I also remember daring to go along the dark hallway, past the door of the couple that frequently fought, and sneaking downstairs and outdoors to empty and refill a wash basin with sand for my cat, Jimbo. The landlord’s son made this a risky venture, and became my first experience with bullying. He was the first, but not the last, to call me fat and wish my soul to hell. He was also the first, and last, kid I hit in the face with a cat turd. I remember that as a moment of great satisfaction.

I’m not sure how much that incident influenced our family’s sudden move to another boarding house with a second-floor porch overlooking St. Joseph Bay. The porch became my other-world view, where daydreaming shaped fantasies of unlimited adventure, and I became heroine of my own creations.

These daydreams may have been the beginnings of my writing, but I never actually wrote them down – this was pre-kindergarten. Yes, I actually attended kindergarten, on those days I didn’t run away. But that’s another story.

One thought on “About”