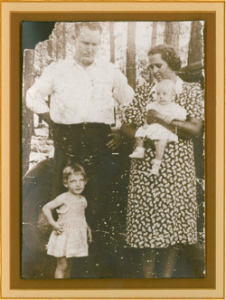 I was born the elder of two daughters to Charlie D. and Dorene Bailey Spears in rural North Florida. As a sixth generation Floridian, an endangered species designation may be in my future. As early as 1828, my Florida pioneer ancestors carved homes, cultivated fields and drove Spanish cattle into the wild and formidable land that became Florida. My male ancestors, both paternal and maternal, voted in Florida’s Statehood election in 1845. The descendants of these pioneers became farmers, lumbermen, merchants, and local politicians. From time to time I have followed my wanderer’s lust for sights and sounds of other locales, only to return to my roots in North Florida.

Tell me about yourself.  Your book(s), your life, your inspiration.

I am a sixth-generation Floridian, and I have lived all but four years of my adult life in the Tallahassee area.  I first wrote and published professionally as a social science educator, and it was a series of case studies that I wrote for a Florida history textbook I co-authored that I credit with bringing me to creative writing.  There was something in that experience that lit a fire, and at the tender age of fifty, I decided to become a fiction writer.  I had no idea where one started.  To my knowledge, I’d never as much as met a fiction writer.  Still I was determined.  I audited writing seminars at FSU with the wonderful author, and gifted teacher, Janet Burroway, attended workshops, conferences, and read tons of short fiction, including the works of Raymond Carver, Zora Neal Hurston, Larry Brown, Dorothy Allison, and Annie Proulx.  In the beginning, I wrote really bad stories, but kept working.  Gradually, I began to discover my own voice and was fortunate to have some of my earliest stories published.  I continue to write and publish short fiction.

The inspiration for my debut novel, Dream Chaser, began roughly ten years ago with the reading of a newspaper story about a family who adopted a mustang mare that suffered a tragic ending.  The story stayed with me for years before I began to shape a different story around what I imagined of that experience for a fictional family. Dream Chaser will be released in August.  My second novel, Wildflowers, is to be released in 2015, and it too is set in north Florida, but in the late fifties and early sixties.

When I think about my long dormancy before becoming a writer, I remember those twilight summer gatherings with my cousins on Granny’s front porch, pleading with her for just one more of her marvelous stories.  I hope I carry forward a part of her in my fiction and that reader will come to ask that of me.

Where do you see your writing taking you in the future?

I sometimes bemoan the likelihood that I won’t get around to all the stories and novels I’ll want to write.  Yet I am enormously grateful for excellent health and the necessities required for living comfortably, so that I may make the best of the time I do have.  While I don’t have a “career-plan” for my writing, I would like for my work to find a faithful readership and that they will always want to know what’s next.

How do you use your talents/time to help others?

The burdens of working-class lives and their implications for the loss of human dignity is the emotional momentum that drives much of my writing.  My characters are drawn from those so often viewed as the others; marginal voices of men and women whose lives exist outside the realm of social acceptability.  I write to reveal a deeper truth about my characters, to forge a perspective that takes the reader beyond their profane words and dastardly deeds to expose their deeper human spirit.  Simply put, it’s the old adage of not knowing a person until we’ve walked a ways in their shoes.

What Exactly Made You Choose to Be a Writer?

I know there’s an expectation that writers were readers from birth. And that their desire to write sprang naturally from this early love of books. Not so for me. I was heavily into sports long before it was cool for girls to be, and not the kid who sat quietly and read—other than dime comics. Deeply smitten by Wonder Woman, I imagined myself as her trusted side-kick and made up stories heralding our shared heroics. But I never thought to write these exploits. About the time I hit high school, I began to read from the shrine-like bookcase that held my mama’s prized Book-of-the-Month Club collection. From that time on, I was the kid seated on the back row of most classes, reading fiction.I first wrote and published professionally as a social science educator, and it was a series of case studies that I wrote for a Florida history textbook I credit with bringing me to creative writing. There was something in that experience that lit an unexpected fire, and at the tender age of fifty, I decided to become a fiction writer.

How Did You Start Your Professional Writing?

I’m from working class people whose dreams of something better meant hard work, and initially writing felt like a luxury I couldn’t afford. That coupled with the fact that I had no idea where one started to become a writer. To my knowledge, I’d never as much as met a fiction writer. Yet I was determined. I reduced my job hours in order to audit graduate-level writing seminars at FSU with the gifted author and teacher, Janet Burroway. I used my pitiful savings to attend workshops, once driving from Tallahassee to Iowa City. I read tons of short fiction writers, among them my favorites–Raymond Carver, Zora Neal Hurston, Larry Brown, Dorothy Allison, and Annie Proulx. Gradually I discovered my own voice and began to write about those I understood. I wrote some really bad stories, but kept working. Gradually, I began to discover my own voice and was fortunate to have some of my earliest stories published. From that point on, there was no turning back. You might say, the fat was in the fire. I continue to write and publish short fiction.

Did the Acceptance of Your First Novel Have Any Effect on Your Writing or Your Attitude Toward Writing?

Temperamentally, I tend toward even-keel, so much so that the celebration was both quiet and brief. I quickly returned to writing short fiction, and certainly not because I think of the form as less demanding–but to the contrary. I finished two short pieces I’d set aside to write my novel, Dream Chaser, and I wrote a new story, one I’d thought about for years. One was a finalist for the Rash Award, and appears in the Spring issue of Broad River Review, the other won honorable mention in the Lorian Hemingway Short Story Contest.Now, when I’m not struggling with the marketing side of publishing, I’m researching the plight of homeless mothers and their children. So, I’m currently in what I think of as the incubation period–meaning only a vague notion of a novel is taking shape. Strangely enough, this muse began several years ago when I read a series of newspaper stories about the arrival of whooping cranes to the St. Marks National Wildlife Refuge. I can’t say how the astonishing flight of whooping cranes and the plight of a homeless family connect. For me, this discovery is the magic in imaging another’s world.

I actually have stronger emotions and memories associated with writing the last paragraph of Dream Chaser, and the feeling of having nailed the ending. I’d breathed life into characters; lived with them for years, and I’d stayed true to my commitment of doing so. Getting it published felt too much like business. Early reviews have started to come, and I am back to feeling positive that my characters are finding readers.

Have You Any Advice or Information to Share with Writers–Particularly Novelists?

A novel is a marathon, not a sprint. It requires both stamina and faith. After that, I’d say watch out that you don’t fall in love with the sound of your own voice. Ouch, I understand that one to be painful. And do seek the counsel of other writers, but take care to choose those who will help you write the story you want to write. Be your own toughest critic, and if you’re like me, seventy percent of writing is revising. Find your voice, and own it. And there’s the first commandment: buy a comfortable chair, take a seat, and write. Your writer life depends on it.