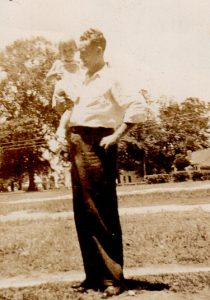 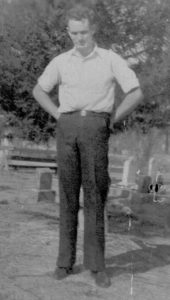 In case you missed it, I wanted to let you know about Twisted Road Publications’ great summer sale – 35% off my novel Dream Chaser and others. Check it out at their website: twistedroadpublications.com/7-95-summer-reading-sale/ 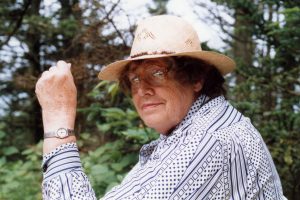 Peas of the same pod was the rap on Mama and me. Maybe that’s why we loved each other but never got along particularly well. While she self-identified as determined, she cast me as hard-headed and prideful. Still, I admired her spunk.

Sixteen year-old Dorene Bailey dropped out of high school in the eleventh grade, where she had been an excellent student and athlete, to elope with my daddy, Charlie Spears, also a high school dropout and something of a local rascal. Daddy drove them in a borrowed Model A to Tallahassee, Florida, where they were married in September of 1935. Maybe today that doesn’t sound smart, but for girls born into struggling families in rural North Florida in her day, a good marriage, children and a nice home was the expectation. No doubt Mama had a plan for Daddy, and although it may have gotten off to a slow start, it definitely worked—more about that in a future post.

Mama took her first employment outside the home when I was a fourth grader. She was a saleswoman in a local department store, and she was proud of her reputation as the person to see if you wanted to buy the best men’s suit in town. Her position paid thirty-five dollars weekly—eight to five on week days and until eight on Saturdays―plus a small discount on store purchases and a twenty dollar Christmas bonus. The highlight of her career was an all-expense paid two-day trip to Atlanta, Georgia, to accompany her employer on the store’s annual “buying trip”. I remember she sewed herself a new outfit, and splurged on a pair of expensive shoes and a matching purse.

Because I was mostly an unaware, even selfish kid, her job meant discounted clothes and shoes, and a guaranteed six hour stay at the picture show on the Saturdays Daddy worked the three to eleven shift. This was time enough to see a repeat of the western feature, the weekly serial―my favorite was Rocket Man―and the cartoon. Tickets were fifteen cents. With a quarter each, my sister and I had money for cold drinks and shared popcorn, and our parents got cheap child care.

I think it’s fair to say I was a better than average student in high school, but I cared more about perfecting my hook shot than grades. While cousins on my daddy’s side of the family attended college, no one in my mother’s family had gone to college. There were few around the kitchen table talks about my future that I remember, and certainly not about attending college. But as fate would have it, the wife of a local doctor was somehow given my name—maybe for an alumni project―and she telephoned my mother asking if she could recommend me for admission to Georgia State College for Women. I believe there was a scholarship involved, but I either never knew its details or have since forgotten.

I applied and was accepted, and had an assigned roommate. My suitcase was fully packed when Daddy came home from a union meeting and announced that the mill was going on strike. He was not a man willing to take on debt in such an uncertain time.

I unpacked my suitcase, brooded about my shitty luck, and tried to settle into a future of clerking in a local store and marriage to some local if one should ever appear. My best option was to run away to California, a place I had begun to think of as best suited for me and those I was sure I’d find there.

After a week or so of moping and self-pity over a busted dream―forgetting that I’d only considered its possibility for six weeks―Mama yelled that I was to get my quitter’s behind out of bed and dress for church. What the hell, I must have thought. Church on Monday?

We were on our way to nearby Panama City, and Gulf Coast Community College. The prospect of Mama’s inexperienced driving was scarier than the embarrassing prospect of her dragging me into some junior college.

But that’s exactly what she did.

The young student receptionist—a job I was to later have for the night division classes—was completely befuddled by my mother’s five foot nine inch, two hundred pounds of sheer determination to see “whoever was in charge”.

Dr. Bruce Wilson, the college president, had no option but to invite Mama into his office and to hear her out.

“I’m Dorene Spears and this is my girl, Patricia. I want her to start school here today.” She had planted herself in a chair opposite his desk and he must have decided that anything short of a wrecker could not remove her. He patiently explained that classes were underway and that he would be pleased to accept my application for the next semester.

Well, that wasn’t Mama’s plan, and she let him know that I was smart enough, if a bit book lazy, and whatever lessons I’d missed I would make up. Furthermore, she didn’t want me hanging around the house with nothing to do but pout, and that missing an entire semester was a pitiful waste of time. She opened her pocket book and took out a badly wrinkled sandwich-size paper bag filled with equally wrinkled small bills, demanding to know if she was to pay him or someone else the fees.

President Wilson smiled, stood, and invited us to follow him to the registrar’s office. By noon, Mama was sitting in the car waiting for the end of the school day, and I sat in the school library, attempting to hide behind a stack of books I was sure I would never read fast enough to catch up. I must have looked as lost as I felt and will forever be grateful to Jane Underwood for warmly greeting me and offering to have me walk along with her to my first college class. It would not be my last, for I went on to get my doctoral degree at Florida State University. Then, maybe the best part of my growing up was my Mama’s lessons on not quitting on dreams.