“You have to give up wanting to please.” 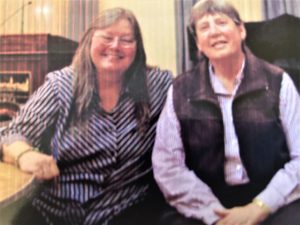 The clearest and most profound voice I hear on how much we as writers/authors must risk as truth tellers is that of Dorothy Allison, author of the National Book Award Finalist Bastard Out of Carolina.

The following is an excerpt from an interview titled “Dorothy Allison on the Necessity of Making Readers Uncomfortable”, published by Garden and Gun, November 22, 2019, and posted online by Literary Hub.

Interviewer: You wrote once that Bastard Out of Carolina “disturbed the peace.” Is that part of the purpose of literature and music?
Allison: Yes. That never changes. And let’s be clear about what the peace is. The peace is a kind of silence about the very issues that writers exist to call attention to. It’s so easy to disturb the peace. All you really have to do is tell the truth, and it will disturb and upset people. In the kind of writing I love, the language is encouraging and comforting while the content is profoundly disturbing.

Interviewer: That’s an effective combination.
Allison: It’s one of the things I love about a lot of Southern literature. We do it better than anyone. We can make you laugh and cry at the same time, which is my favorite thing. I work hard to do a kind of seduction in which you read sections that are very funny and charming, and then, two paragraphs later, it ain’t charming. It ain’t funny. It’s horrible. And to have both of those things happen at the same time, that’s life.

You can read the full interview here: Editors of Garden and GunDorothy Allison on the Necessity of Making Readers Uncomfortable  Literary Hub (lithub.com) 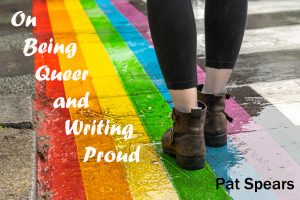 Five years ago, I was invited by the Maitland Writers Group, Maitland, Florida, to speak about writing as an openly gay author and the July 1st release of my second novel, It’s Not Like I Knew Her. I gave that speech on July 14, 2016, one month and two days after a lone madman’s horrific act of violence at the Pulse nightclub in Orlando, Florida, took the lives of forty-nine men and women gathered in a place of community where they had surely felt safe. Whatever the complexities of the perpetrator’s motivation, his rage was clearly targeted. His victims were perceived as evil because of their sexuality.

As shocking as his act of violence was, I did not find it unbelievable, as did a young network reporter, clearly shaken as he struggled to find words to convey the unspeakable to an audience just learning of the tragedy. No, killing us was not new, not even in appalling numbers. Although it was not widely known, an estimated 5,000 to 10,000 homosexuals were among the millions systematically murdered as part of Hitler’s madness.

What I did find unbelievable were the gatherings of thousands of mourners, while tens of millions nationwide, and even greater numbers world-wide, joined in an expression of collective grief as a global community joined to refute hatred, persecution, and deaths of the forty-nine souls who had chosen to live openly, and without apology.

I walked to the podium in Maitland and faced my first, but not my last, audience as a publicly outed lesbian author. I took a moment to survey the room, and among some in attendance, I sensed a certain tension, one I had long ago recognized as an apprehension by those who feared I might say something beyond their comfort level with “gayness”.  For me, my presence there was an act of redemption; I would speak my truth, even though I risked offending another’s sensibility. The following was drawn from portions of that presentation.

I wanted It’s Not Like I Knew Her to be a crossover novel—a mainstream history. For far too long our history has remained only with us, and I wanted to share our stories with a readership who wished to understand our lives more completely.  But the path to the novel’s publication was fraught with tension and delay that was not due to a lack of expressed interest by publishers. Rather, it was the result of my own deeply rooted fear of exposure and bitter memories of personal reprisals while I had lived as a closeted lesbian.

Throughout the days and weeks following Pulse, in the pit of my own grief, lyrics from a song I’d heard for the first time in 1965, written by a then twenty-one-year-old, Paul Simon, haunted me: “Hello darkness my old friend– I’ve come to talk with you again.”  And the particular line that I had not gotten out of my thoughts was: “And the vision that was planted in my brain– Still remains –Within the sound of silence.” The lyrics echoed my own journey to the delayed publication of It’s Not Like I Knew Her. I had made a decision to have withdrawn the manuscript, It’s Not Like I Knew Her from it first opportunity to be considered for publication; a choice I now know to have been a shameful compromise with self.

I had convinced myself that setting aside It’s Not Like I Knew Her was not a failure of moral courage, but rather aimed at introducing myself to a wider readership. As a lesbian who wrote mainstream fiction, my sexuality of no real consequence. Of course, I knew I was self-feeding on my own hypocrisy. I was simply afraid. To understand that fear, one would need to understand that my decision rested upon my own deeply closeted life experiences. The story of my fictional character, Jodie Taylor, was so close to my own that I wore it like my very skin.

I strongly believed that telling our coming out stories is a crucial part of our individual and collective histories, but I elected to focus on the enormous complexities of the world of lesbian who grew to maturity in the dangerous ‘50s and ‘60’s in rural north Florida and Selma, Alabama. I wanted to show the intricate layers of lies, self-deceptions, and the life-saving secrecies required of my fictional character, Jodie Taylor, to survived queer in a time when society despised her and sought to destroy her. In the novel, Jodie remarks that she had made of herself a ghost.  I have felt this, and I believe other LGBTQ+ brothers and sisters have felt the same.

I am roughly the same age as Jodie Taylor. Although I experienced none of the childhood brutalities at the hands of immediate family that she suffered, I’d lived my entire life in the redneck, Bible-belt south, as a sixth generation Floridian, and I knew the emotional and psychological burden of maintaining a constant vigilance. It was a time when the careless misuse of a pronoun was enough to raise suspicion, and in many instances was sufficient to meet the burden of proof. I had lived through the time of the Johns’ Committee – Florida’s version of the McCarthy witch hunt for Communists that in Florida, which in 1961 was expanded to include exposing and eliminating homosexuals in government—and that included teachers.  In 1962, I was a newly certified American history teacher in Brevard County.

As a teenager, I sat alone many an evening on pilings, watching the sun withdraw beyond St. Joseph Bay, and tried desperately to imagine a future from nothing at all. Everywhere I dared to search there were no stories that promised me a place in the world.  The only name I knew was the one I learned in church. But I had always been one to doubt and I did not know a preacher, teacher, or adult I trusted with my secret. I began searching for an alternative to “abomination”.  I turned not to the Bible, but the dictionary.  I read “abomination—“that which is hateful and shamefully vile.”  I was a “that”, not even a real person—and I was not just vile, but shamefully vile.

Hurt and humiliated, I searched for more—anything to refute what I’d learned.  I finally discovered the word “homosexual”.  I immediately liked the promise of that word—until I read “see mental illness.”  That added to mill town north Florida and the isolation that is an outgrowth of fear— you bet I shared Jodie Taylor’s anger and despair. I knew her absolute terror of being discovered, for “homosexuality” was illegal in all fifty states until 1962. It was classified by the American Psychiatric Association as a mental illness until late in 1973 and twenty-three years later it was still a crime in fourteen states. Florida, where I was threatened with expulsion from the university where I studied to become a high school teacher, was among those states. I could have easily lost my teaching certificate and my livelihood.

The news of the Stonewall riots, which began in the early hours of June 28, 1969, between police and gay-rights activists outside a gay bar in Greenwich Village section of New York called Stonewall Inn, gave birth to an international gay rights movement. I was twenty-nine years old that year, and the significance of the revolutionary event was slow to penetrate the deep south. It was ten more years before I came out to an ever-widening circle of friends and family. Over the years, that circle grew, and I fully embraced the ongoing struggle to realize full equality for LGBTQ+ under the constitution.

June 1, 2021: In a mockery of Pride Month, Florida’s governor stood before a crowd in Jacksonville on the first day and signed a bill into law that barred transgender student-athletes from competing alongside other women and girls who were assigned female at birth. Although there is no creditable evidence of transgender women and girls gaining an unfair advantage over their fellow athletes. And if that were not enough bigotry to satisfy him and his supporters, he planned a second act for day two of Pride Month.

Using his line-item veto authority over the state’s sprawling $100 billion dollar budget, he nixed from the upcoming fiscal year $150,000 in funding for The LGBT+ Center in Orlando. Funding that would have gone toward mental health and counseling services for Pulse shooting survivors.  Additionally, DeSantis vetoed state funding in the amount of $50,000. for the Zebra Coalition. A group with plans to convert a portion of an unused hotel owned by Park Lake Presbyterian Church into housing for homeless LGBTQ+ youth. The Coalition assists young people facing homelessness, bullying, isolation from their families, and physical, sexual and drug abuse with individualized programs to guide them to recovery and stability. To learn more and how you can help go to Orlando LGBTQ+ Center | Mission & Impact | Zebra Coalition (zebrayouth.org).

The struggle is ongoing, and while many of us live with a life-long fatigue, our vigilance must be our driving force as politicians wish to divide us against ourselves.

I’m humming Dave Loggins’ “Please Come to Boston” as I load my pickup. I’m leaving my blue roof tarps (courtesy of hurricane Hermine) beind for a trip north. We’ll be stopping in Savannah and New Jersey before arriving in Boston. If you’re in the area on September 25th, please join Sally, Jim and me for an afternoon of reading and visiting. We’d love to see you and share our stories. 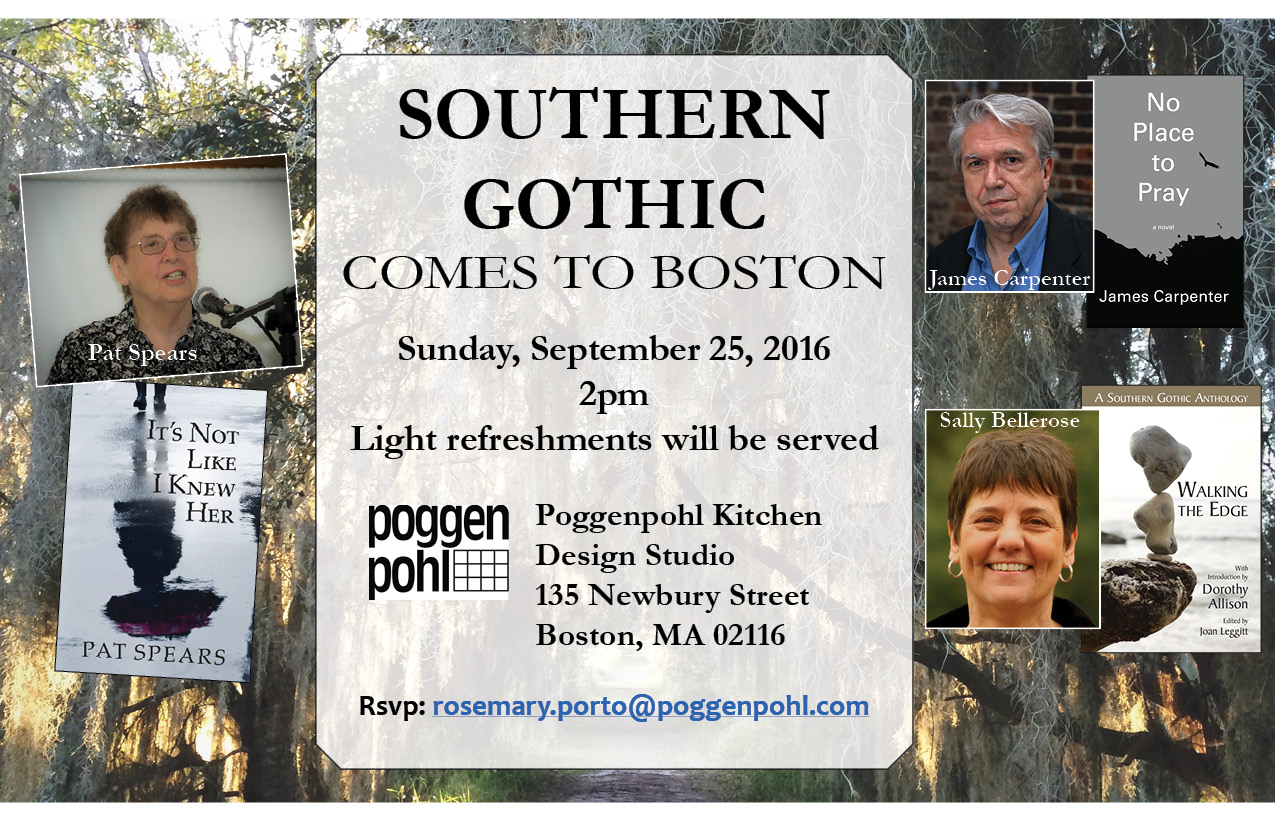