It’s early spring here in Tallahassee and for the brief period between warm winters and hot summers, we open our windows to the sights and sounds of nature yawning and awaking from its slumber. Outside my study window, in the driveway of my closest neighbor, I hear the rhythmic pounding of a basketball and the laughter of two boys, pre-teens I’m guessing, although I can’t actually see them, for they are on the other side of the wooden fence that separates our yards.

I stop writing and listen. Emotionally I am drawn back in time, decades earlier, to memories of other late afternoon basketball games: the sun silently disappearing beyond the horizon into that in-between space where the slick waters of shallow St. Joseph Bay embraced the end of day. Still we played on; sweating, grunting, and straining in our effort to outdo each other. Ours were games played for the celebratory right to add a winning mark to the tally of victories kept on the outer wall of our family’s old tin garage. 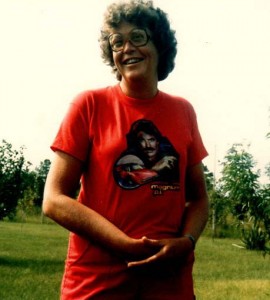 My sister, nicknamed Cotton, was two years younger and, after we reached high school, she was taller. She moved with the grace of the more natural athlete, but what I lacked in talent I made up for in shrewdness and fierce competition. I was said to have what is referred to in sports as the killer instinct. I played to win while she on the other hand was satisfied to play and play well.

During her last eighteen months, she came to share our home so that my partner and I could care for her. As you would imagine, my sister and I had a fair number of what we came to call “do you remember the time when” conversations, and one of the stories we retold was of those fierce basketball games.

She laughed and said, “You do know I could have whipped your butt any time I’d wanted, right?”

“’Cause winning has always meant more to you.”

I still have our half-century-old basketball and in spite of my blown knee, I wanted to go next door and kick some butt.  At such a notion, Cotton would have smiled and shaken her head. “You’re still crazy, girl.”

6 thoughts on “Sounds I Dream”